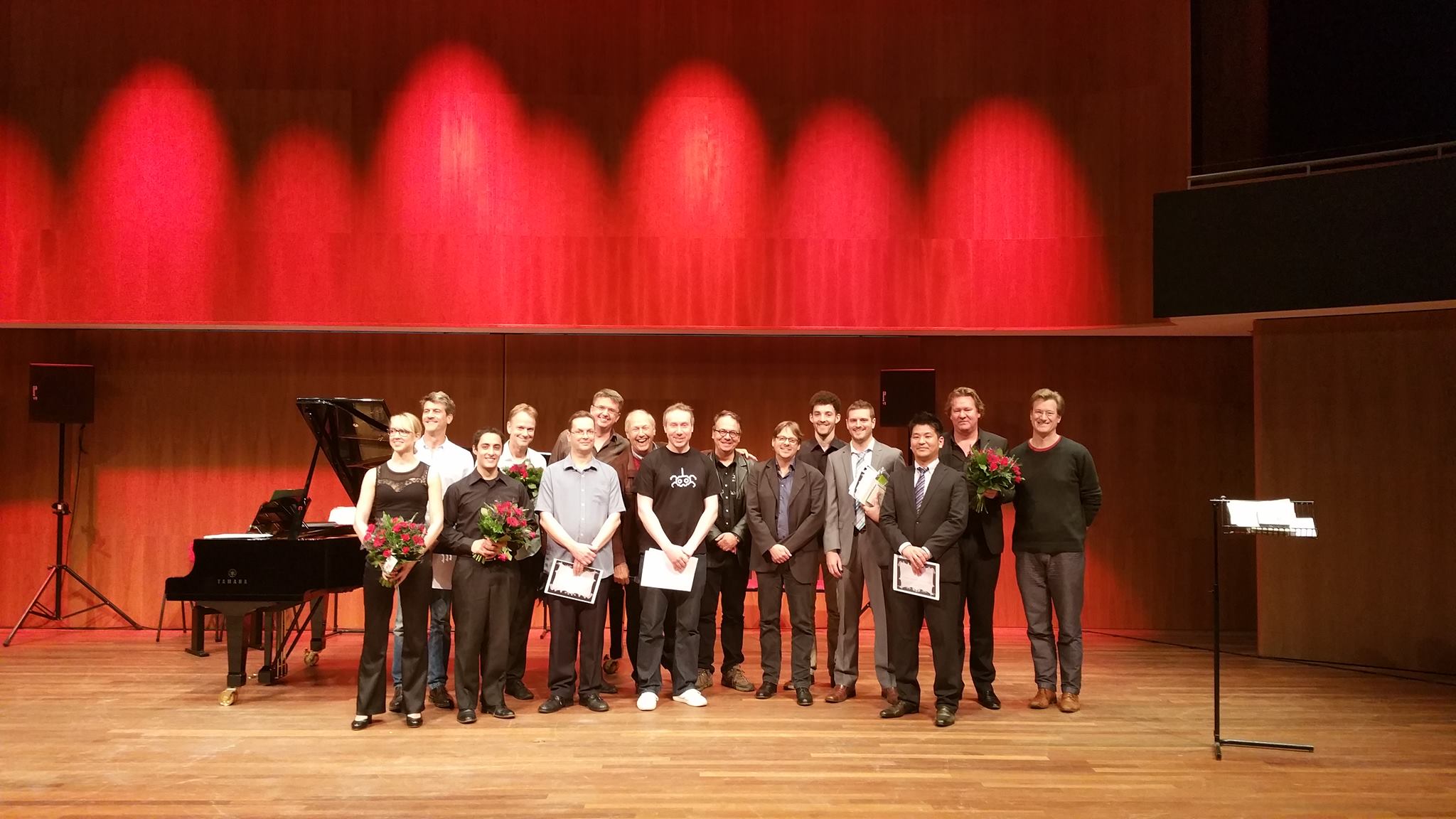 The IACC took place twice in Utrecht, The Netherlands. The first edition was in 2012 with compositions for saxophone and piano and the second edition was held in 2014 with compositions for saxophone quartet and piano. Composers from all over the world of all ages could send in works which contain a certain crossover element from the entertainment music (like jazz, pop, rock, folk, world music).

The title of the contest refers to Henk Alkema (Harlingen, November 20, 1944 - Utrecht, August 4, 2011). Alkema was a Dutch composer, piano player and music professor. Alkema is famous for his unconventional urge to combine different styles of music. And that's exactly what this contest aims for. Some quotes of Henk Alkema:
"composers see the horizon"
"a composer is like a captain on the lookout"
"sailing with the wind is boring"

Other nominees:
Peter Fisher, United Kingdom (with Full of Scorpions is my Mind)
Aran O´Grady, Ireland (with Against the Grain)
Philippe Bodin, France (with Two Colors: Red)